The clients approached us with existing plans they had drawn up for a modern renovation to a classic Adelaide villa. The design was primarily an addition including open plan Kitchen/Dining/Living area, but also incorporated some modifications to the existing home to include a spacious Laundry, Ensuite & WIR to the Master Bedroom, and a separation of the existing Kitchen/Dining room to create a new bedroom.

The design features a modern skillion roof line with highlight windows above a secondary skillion roof which creates the cover for the alfresco area. The ceiling in the addition is raked to the roof line which allows a fantastic triangular window to be slotted in over the Kitchen letting valuable northern sunlight into the new area.

A somewhat unusual aspect of the existing property was the small church located at the rear of the property which the client has converted into his home work studio. At the rear of this studio was enough space for a standalone double garage which was also built as part of this project. The Garage followed suit with a skillion roof line and opaque polycarbonate sheeting infill to allow natural light to penetrate. It really is quite a unique design.

The project was finished off with some restoration work to the front verandah which had fallen into disrepair over the years including new posts, roof structure and bullnose roofing, also new tessellated tiling and bluestone coping. 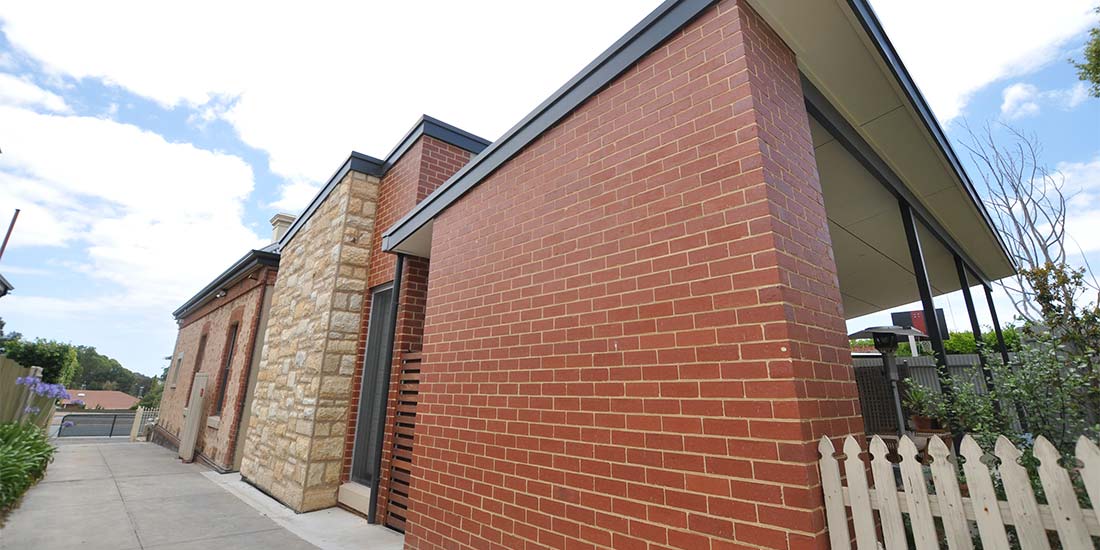 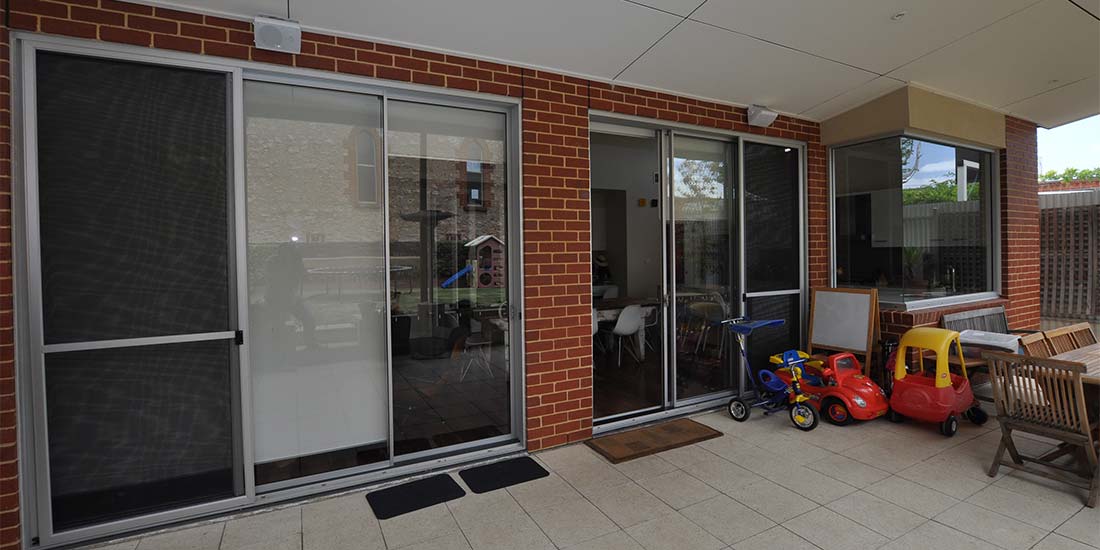 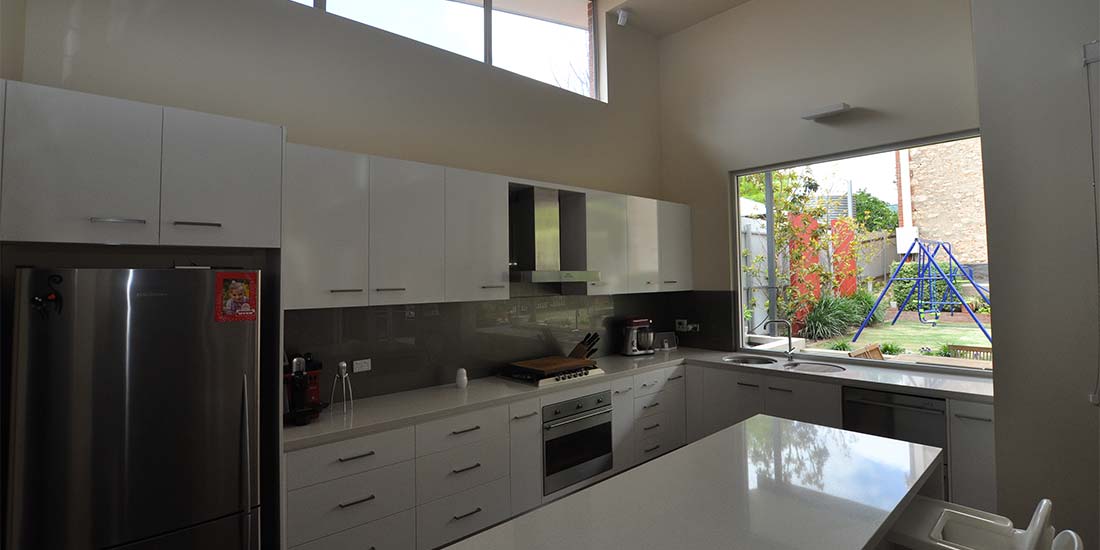 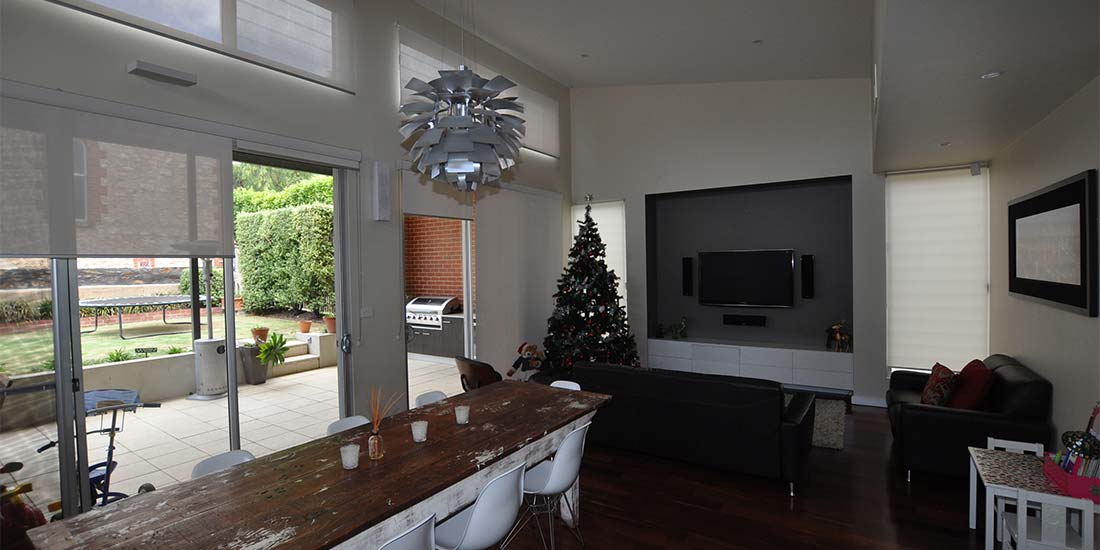 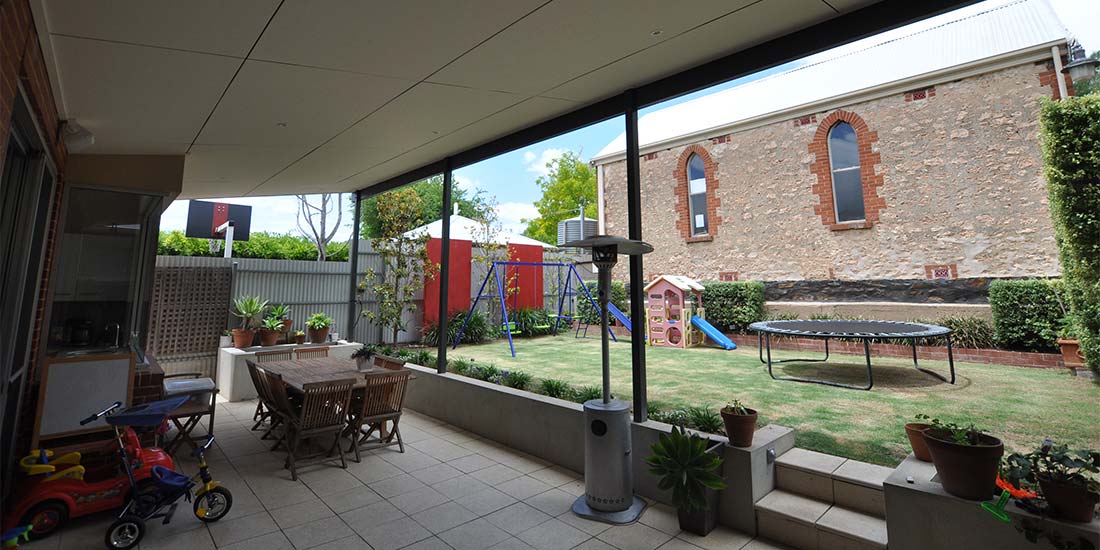 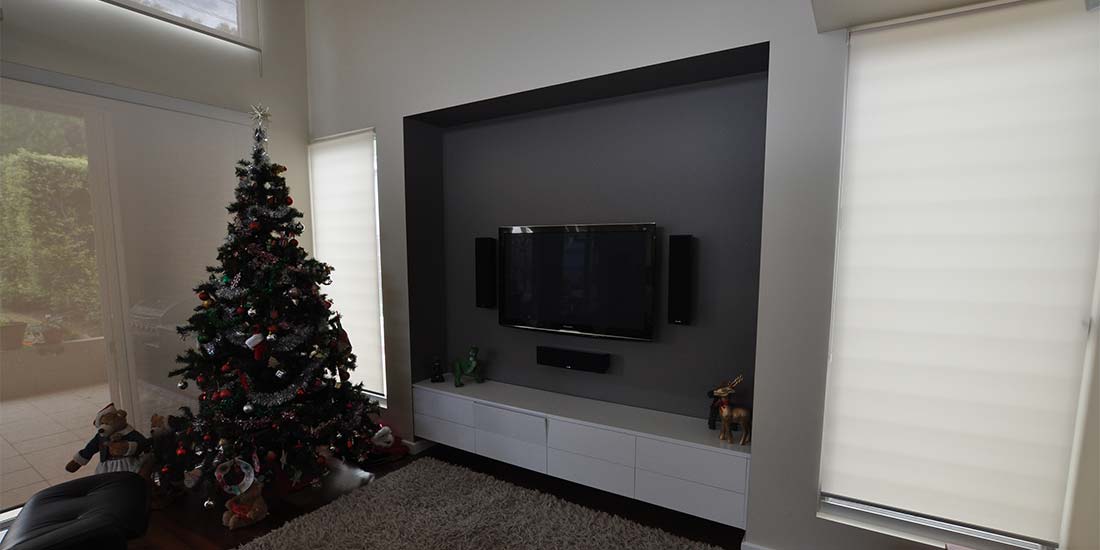 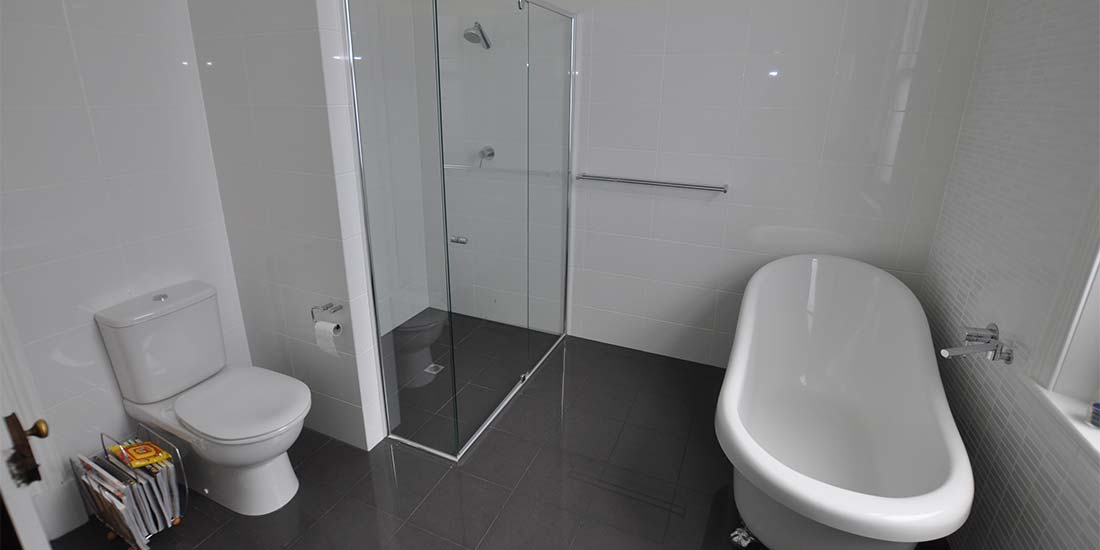 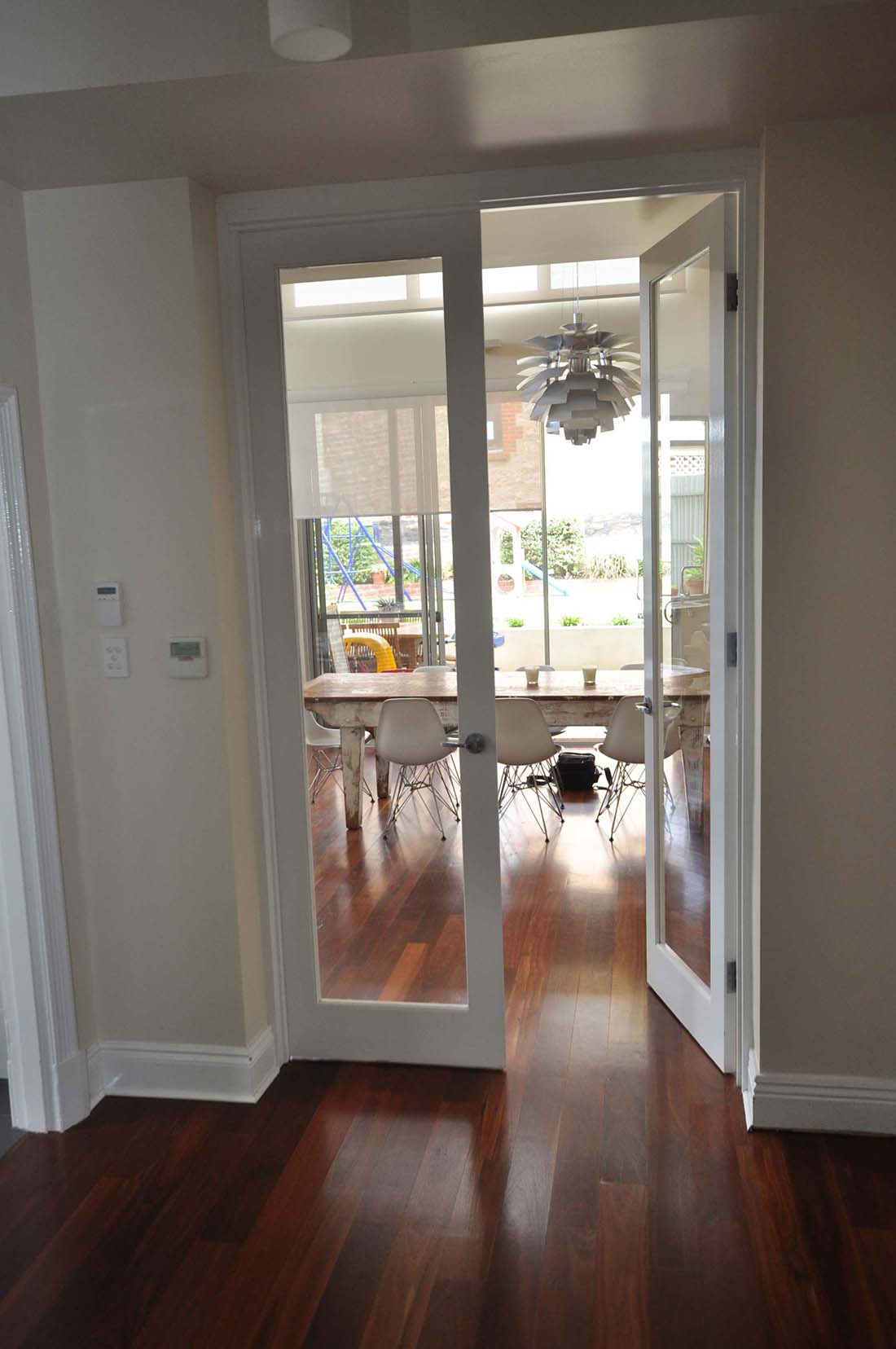 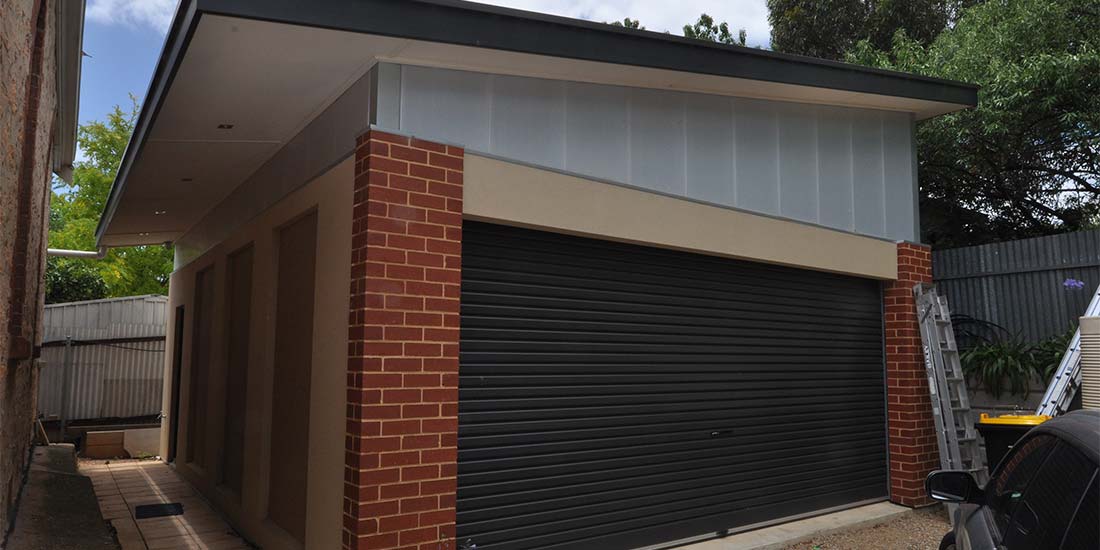